This post from /r/CompetitiveTFT a couple days ago inspired this article.

Before stumbling on this post, I was already pondering about what separates TFT players in different skill levels. This post compelled me to put my thoughts on paper. The difficult part about understanding the differences between, for example, someone hardstuck in Gold and someone hardstuck in Diamond, is that you can't identify exactly how their playstyles differ without watching a few of their matches from start to finish. Fortunately, you don't need to know exactly how someone plays to give helpful advice; there are common themes that separate players in different elo brackets.

This article is a summary of my musings that I hope will ultimately help many players climb TFT's ranked ladder. 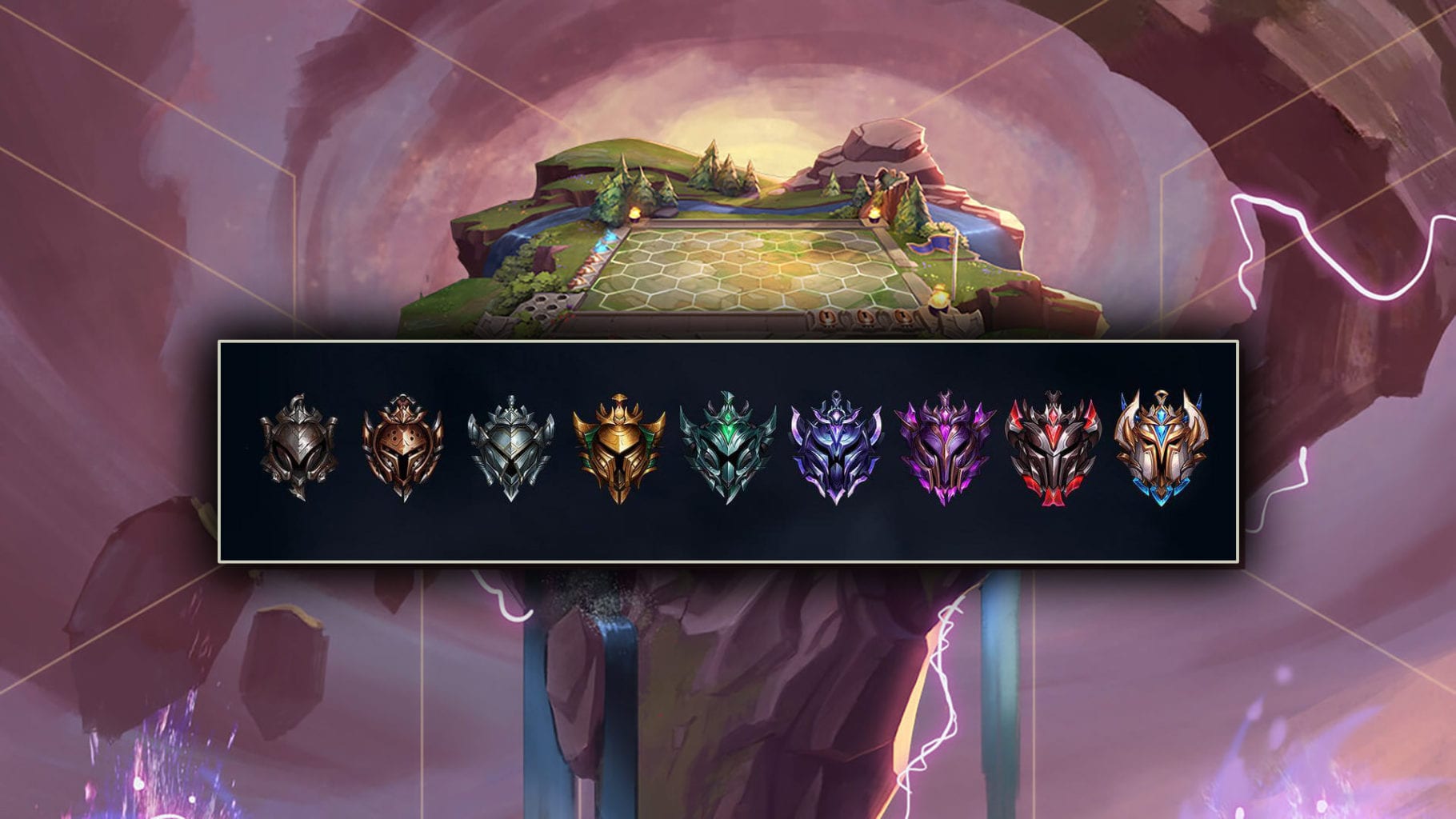 The playstyle required to get a 1st place is patient and greedy whereas the playstyle required to get a 4th place is aggressive and non-greedy. What often separates a high elo player from a lower elo player is knowing when to play for a 1st and when to play for a 4th. Playing for a 1st when the game is doomed can net you an 8th place finish, whereas transitioning to a 4th place playstyle could net you a higher placement.

The signal to start playing for a 4th place is simple: you're consistently losing rounds and you can't find the units your comp needs whereas most of the lobby is racing ahead with theirs. At some point, you need to say "F*** it" and play for 4th. That means being aggressive with your economy by rolling for upgrades when you typically save, and creating nonoptimal full items early. Your goal is to create the strongest comp in the short term without plans for scaling. In this way, your hope is to conserve as much HP as possible to outlast 4 other players in the lobby.

Knowing when to roll and when to greed

Being able to gauge how strong you are relatively to the lobby through scouting (i.e. looking at the boards of other players in the lobby) is a difficult but valuable skill. Knowing your relative strength let's you know how much to roll (i.e. refresh your shop to upgrade units) to be just strong enough to stay healthy while maintaining a strong economy. Without a good feel of your relative strength, you might spend too little or too much gold to upgrade your team. The former results in losing excessive health and the latter results in a weak economy. Tangentially, knowing your relative strength will also help you decide whether to play for a 1st or 4th place.

There's no easy way to quickly get good at gauging your relative strength without learning from experience. However, there are specific non-obvious features to look for that immediately tell you how strong a team is. Here are a few examples to help gauge mid game (stage 3 and early stage 4) strength:

As a side note on the subject of knowing when to roll, before you roll, you should always be explicit about how many units you want to upgrade. If you're only trying to upgrade 1 or 2 units, perhaps don't roll at all or roll very few gold.

Reddit user DeadlyCl2's response to the Reddit post I mentioned above resonated with me. Their key point was that high elo players are better at knowing how to be strong in the early and mid game than lower elo players. High elo players have a good sense of what unit combinations are powerful and what items can be built early without sacrificing too much late game power.

Making the strongest team comp with what the game gives you requires game experience, game knowledge, and creativity. The best way to build this skill quickly is to watch high elo streamers and pay particular attention to how they adjust their comps in the early and mid game to stay strong.

As I've mentioned in a previous article, gold earned compounds because of TFT's interest mechanic. In other words, even though the extra gold earned from exceeding interest breakpoints early might not feel like much, it snowballs and turns into a substantial treasury later in the game.

Lower elo players tend to be careless with their economy. They often eschew opportunities to exceed interest breakpoints by holding more units on their bench than necessary or refreshing their shop too many times. If you watch high elo streamers, they fuss over getting past interest breakpoints even if it just earns them 1 extra gold. They're aggressive at trimming their bench and keeping only the absolutely essential units to earn as much interest gold as possible. They're very careful about how much gold they spend rolling for upgrades. The best way to get better at economy management is to watch high elo streamers manage theirs.

Another aspect of economy management I wanted to quickly mention is related to the subject of 3-star units. I've noticed that lower elo players tend to tunnel on getting 3-star units. The problem is, attempting to do so requires a hugh economic investment. For example, holding 8 Sions on the path to a 3-star Sion means holding up to 15 gold (5 * 3) on the bench with no guarantee that the 9th Sion will show up any time soon. That's a lot of lost interest gold. A player's default state should be to ignore 3-star upgrades unless the comp requires them (e.g. the Eggroll comp from last patch) or there is enough excess gold to do so.

This point is inspired by my own experience climbing the ladder. In season 1, I escaped Plat by exclusively playing Nobles and then after hovering in Diamond for a while, I escaped Diamond by exclusively playing Rangers. Only in Grandmaster was I forced to start playing more flexibly. The same was partially true for season 2. I was hovering in low Diamond until I started playing Berserkers at the onset of Patch 9.24. In just a couple days, I climbed from low Diamond to Challenger just playing Berserkers. I've also seen this happen often with other high elo players who'd make an initial aggressive climb with one comp before stabilizing at an LP range.

As such, my advice is to expect to climb in bursts. You're either in a state where something has clicked for you and you're climbing incredibly fast, or you're searching for the next thing that clicks for you. Don't shy away from mastering one comp and "abusing" it to climb. In the process of getting good at one comp, you're also learning a lot of fundamentals along the way. In my opinion, flexibility and skill in transitioning is not important until you're in Diamond or above. 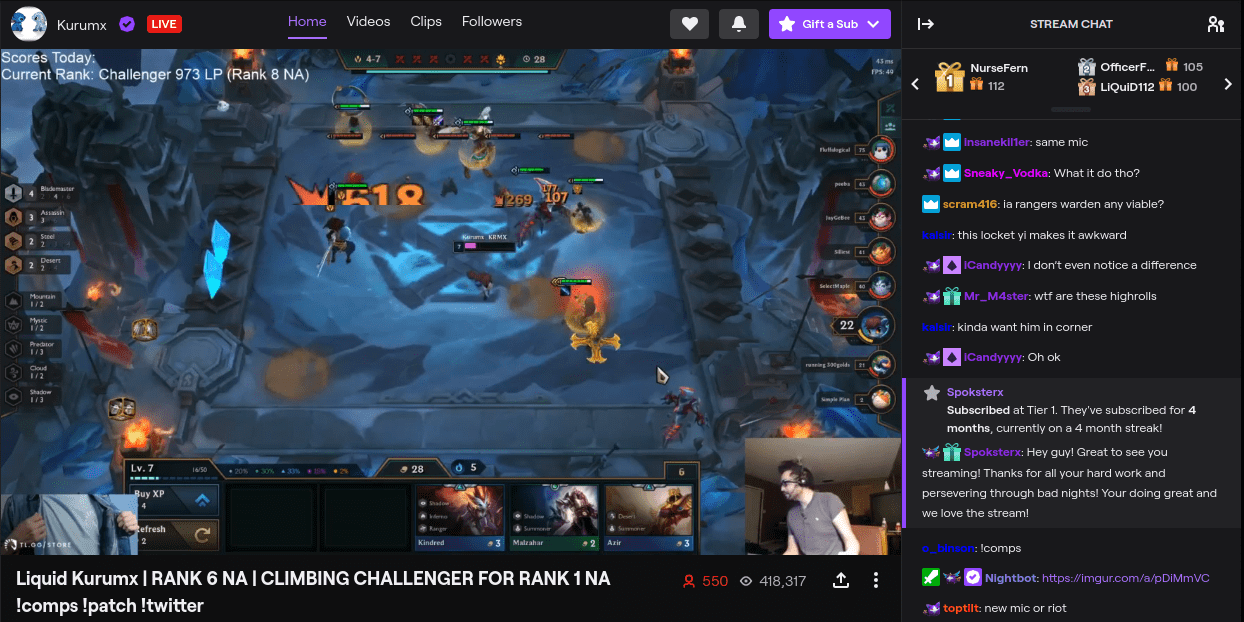 I've mentioned this several times already but it's worth its own bullet point. Watching high elo streamers will fast track your learning and help you quickly pick up on everything listed in this article. When you watch streams, you're watching high elo games in a low-stress environment. This lets you notice things you normally wouldn't. Pay attention to the choices a streamer makes that you wouldn't. Find out why they do it either by asking the streamer or deducing the reason yourself.

Besides being educational, many TFT streams are also very entertaining to watch. Here are a few streamers I highly recommend watching:

Keeping up-to-date with the meta at TFTeacher.com/comps