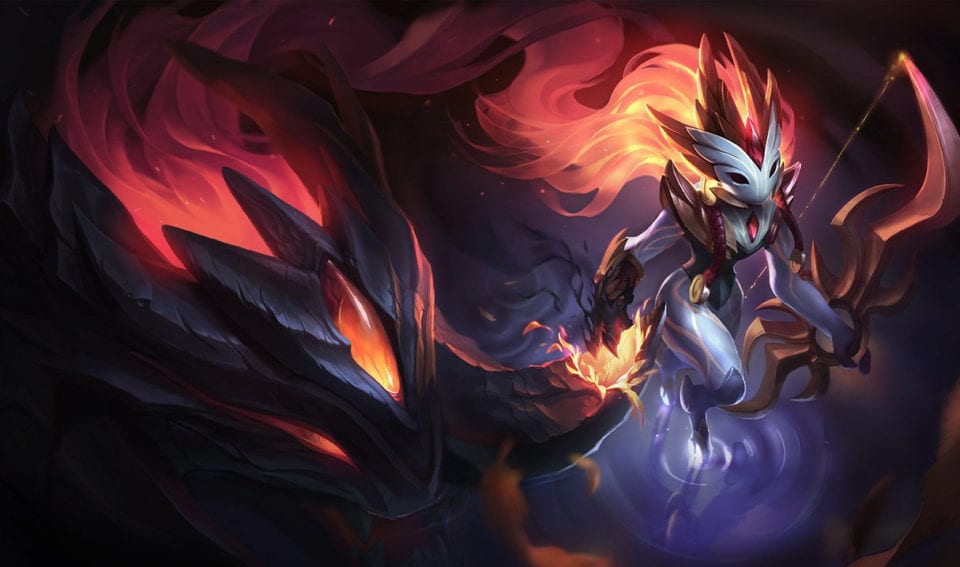 Shadow comps are popular in Patch 9.24b as a less contested and often more reliable alternative to Ocean Mage comps (Shadow comps rely on 3-cost units). Shadow comps power-spike in the mid game but don't scale well into the late game unless you 3-star your Shadow units, bring up high cost Wardens, or pivot to a stronger late game comp. Nevertheless, the reliability and flexibility of Shadow comps make them a common appearance in high elo games.

This guide teaches you how to play and win with Shadow comps.

There are two primary Shadow comp variations: one that runs Summoners and another that runs high-cost Wardens. The latter is stronger but also more expensive and harder to find. 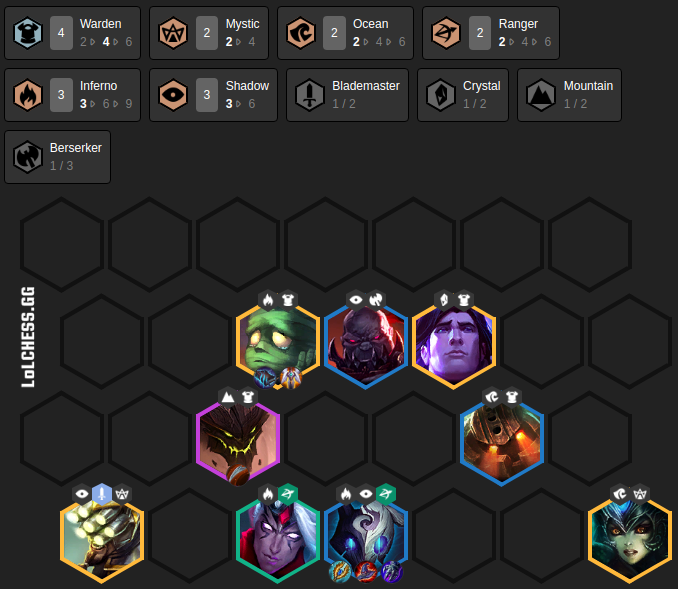 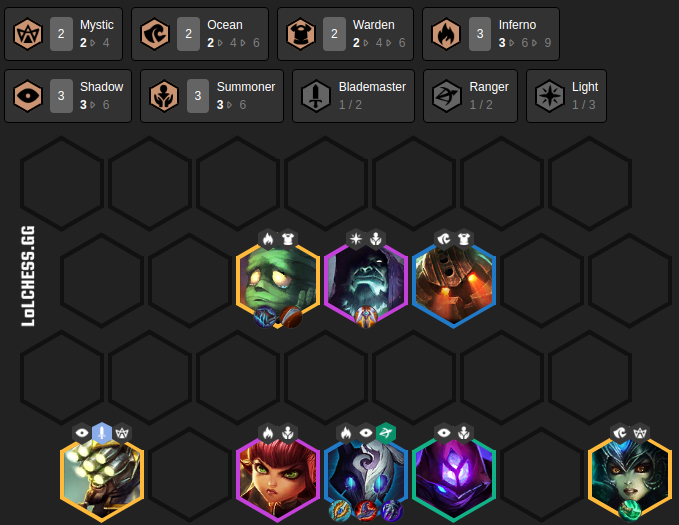 In rare situations where you find a Shadow Lux, you can also go for 6 Shadows.

There is an offshoot Shadow comp colloquially known as "Husband and Wife" that runs Lucian and Senna. This guide doesn't cover this comp as it relies on Lucian as a damage source and plays very differently from the other Shadow comps.

The early game for Shadow comps is similar to most other comps: you want to have a good balance between being as strong as possible, with the minimal amount of gold invested, and an easy way to transition to your target comp's mid game.

There are two ways to think about your early game with respect to Shadow comps: you are either hard-forcing/biased-to-forcing Shadows or open to transitioning into other comps given what you find early.

This "Early Game" section serves the hard-forcing Shadow player, though I would say that for the latter, the biggest signal for you to go all-in on Shadows is if you find many Kindreds early.

Units to look for

Great 1-cost early game units to keep are Zyra and Diana. They're both Inferno units that can be replaced by Kindred, Varus, or Annie later.

Great 2-cost units to keep are Varus and Malzahar. Both are often found in the final line-up of a Shadow comp. Thresh is another 2-cost unit you should consider holding early on, as Thresh and Nautilus form a strong mid game front line.

The only 3-cost units I'd consider holding early are Kindred, Qiyana, and Nautilus. Kindred is the key damage dealer in a Shadow comp, Qiyana is a busted mid game unit, and Nautilus is a great mid game tank that is often brought into the late game. 3-cost units are expensive and you should hold only the most important ones in the early game.

Despite these unit suggestions, keep in mind that the early game is about improvisation. You don't want to roll at all in the early game and you'll often not find your desired units. Most of the time, you just have to scrap together the strongest team you can find to not get beat up. Some examples of strong early game setups are the Woodlands and Druids combo and Electric buff.

When should you get out of Shadows? 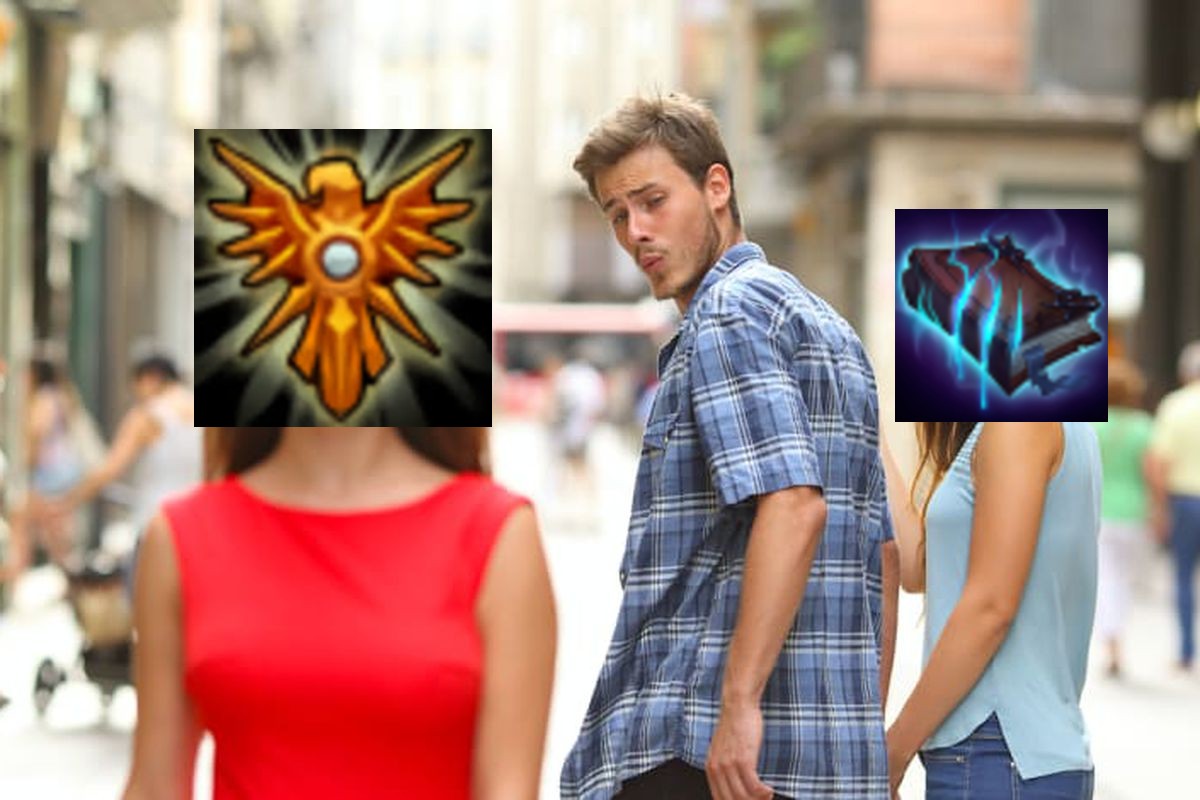 The best item to build early for Shadow comps is Locket of the Iron Solari (built by combining a rod and a chainmail). Lockets are strong because you get a huge shield if it covers 5 units and the shield gives your team immediate value to quickly tip the scales of battle (i.e. when enemy units die faster than yours, the chances that you win the round increase dramatically). In addition, Lockets are very strong in the early game, saving you crucial HP and enabling winstreaks.

Another positive aspect of Lockets is that it doesn't force you into playing Shadows; many other comps can use Lockets equally well (e.g. Ocean Mages, Zerkers, and even Blender).

Other items to look for are:

Get to level 7 quickly

As such, the best way to econ is to save up gold and intentionally lose some rounds in stage 3 so that you can get to level 7 in early or mid stage 3. Then you should roll down when you get enough gold (e.g. 40-50 gold).

Keep in mind that you can't always econ aggressively to get to level 7. Sometimes you need to roll at 6 to avoid taking too much damage.

This is often overlooked, but in the mid game, you really want to activate both 3 Shadow and 3 Inferno synergy bonuses. Having the Shadow synergy bonus is obvious but I've noticed that many players undervalue Inferno. 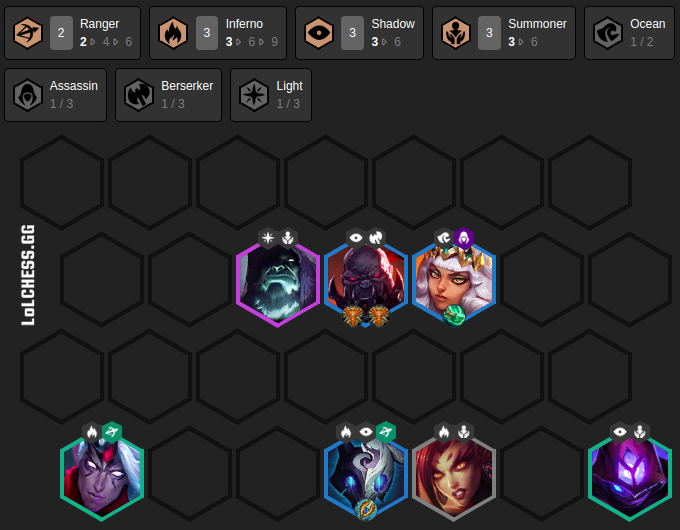 This is an example of a level 7 comp with all the important synergies: Shadows, Infernos, and Summoners. Qiyana is in just because she's a strong mid game carry. Shojin is a very powerful item on her. 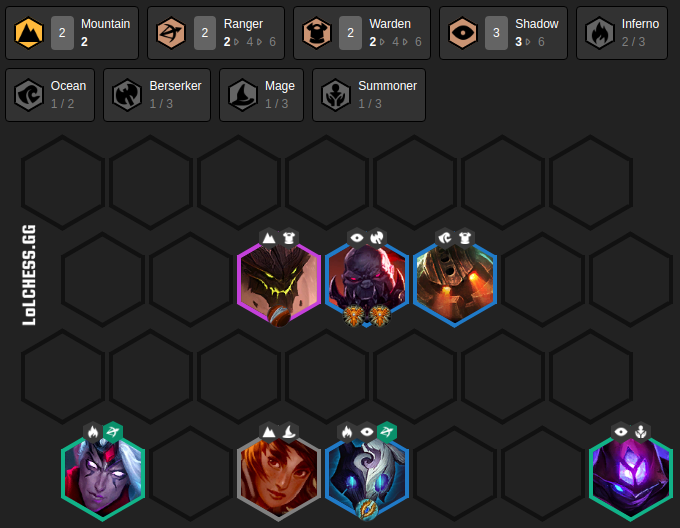 It's arguable to replace Nautilus here with an Inferno unit. Unless you feel like you need a stronger front line, it's probably worth losing Warden buff for Inferno buff. 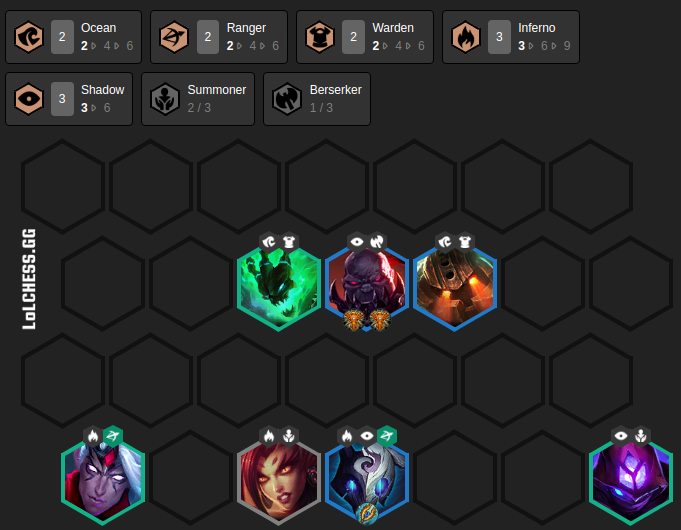 This is another variant of a mid game Shadow Wardens comp. We drop Mountain buff for the Ocean and Inferno buffs. If you're on an Inferno map, Zyra can be replaced by Qiyana as she would have the Inferno trait.

A Shadow comp can struggle in the late game because its core DPS unit is a 3-cost unit. If you have the luxury, you should try to 3-star Kindred to make up for her lower power level as a 3-cost unit. It's also important for all Shadow comp variants to bring up the Mystic buff at level 8 as there's almost always multiple magic damage comps that survive till the last few rounds of a game. Luckily, Master Yi is a unit with both Shadow and Mystic traits, making it very easy for you to bring up Mystics if you find him.

The Shadow Summoners comp caps out earlier than the Shadow Wardens comp. As such, you should be open to transitioning to the Shadow Wardens comp if you need that extra power to eek out a higher placing. The 3 Summoners buff is not as strong as the powerful crowd control spells that the expensive Wardens (Malphite and Amumu) bring to the table. If you're having trouble against a Blender comp, don't hesitate to at least add in Amumu as his spell is a strong counter to Nocturne.

If you're pushing for Shadow Wardens, be sure to head into late game with enough econ to maximize your chances of finding high cost Wardens. Although Shadow Wardens has a very high power cap, the cost to playing it is the difficulty in finding rare and expensive Warden units. 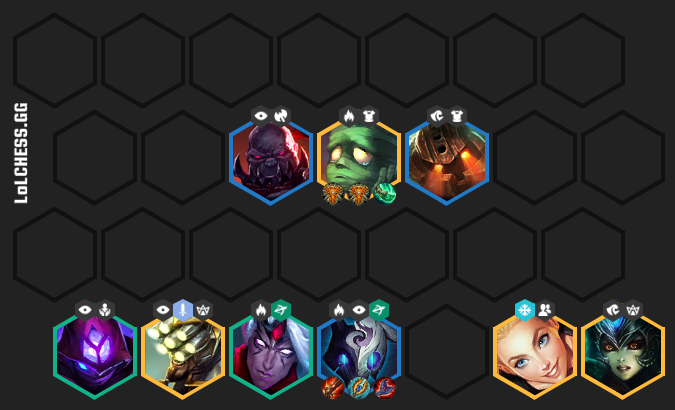 On the off-chance that you find a Shadow Lux, you can consider running 6 Shadows. Try to get some items on Lux as a plain Lux is significantly weaker than one with items. Pay particular attention to your front line since that's the weakest part of a 6 Shadows comp.