One of the best ways to improve is to rewatch your games to see why you won as hard as you did... or why it was a frustrating bottom 4. Fights are often fast and chaotic and pivotal moments might be lost during the first viewing. It's these pivotal moments that often contain the strongest hints on how you should play differently next time.

Here's a quick example. Imagine playing the Critwitch build (stacking Infinity Edges on Twitch). You have a 2-star Twitch with the perfect items and the 4 Ranger buff. Your front line is mostly upgraded and you're feeling strong. You end the game in the bottom 4 and you're left scratching your head. Is this comp crap or did you play poorly? You wouldn't know how to improve until you rewatch your matches. Maybe you ran Critwitch into a lobby filled with Qiyanas, or maybe the lobby was just highrolling and it was just an unlucky game.

So how do you rewatch your games? There are many solutions but the most effective one I've found is through the Overwolf Game Summary app (this is not a sponsored post, I find Game Summary extremely useful and you'll see why). When you play TFT with the app running in the background, it automatically records each round in a game and presents them as a series of video clips after the game. The video timeline shows whether it was a PvP or PvE fight and whether you've won or lost. You can easily access the video file of a clip in your file system and open it with a separate video player to watch your fights in slow motion. 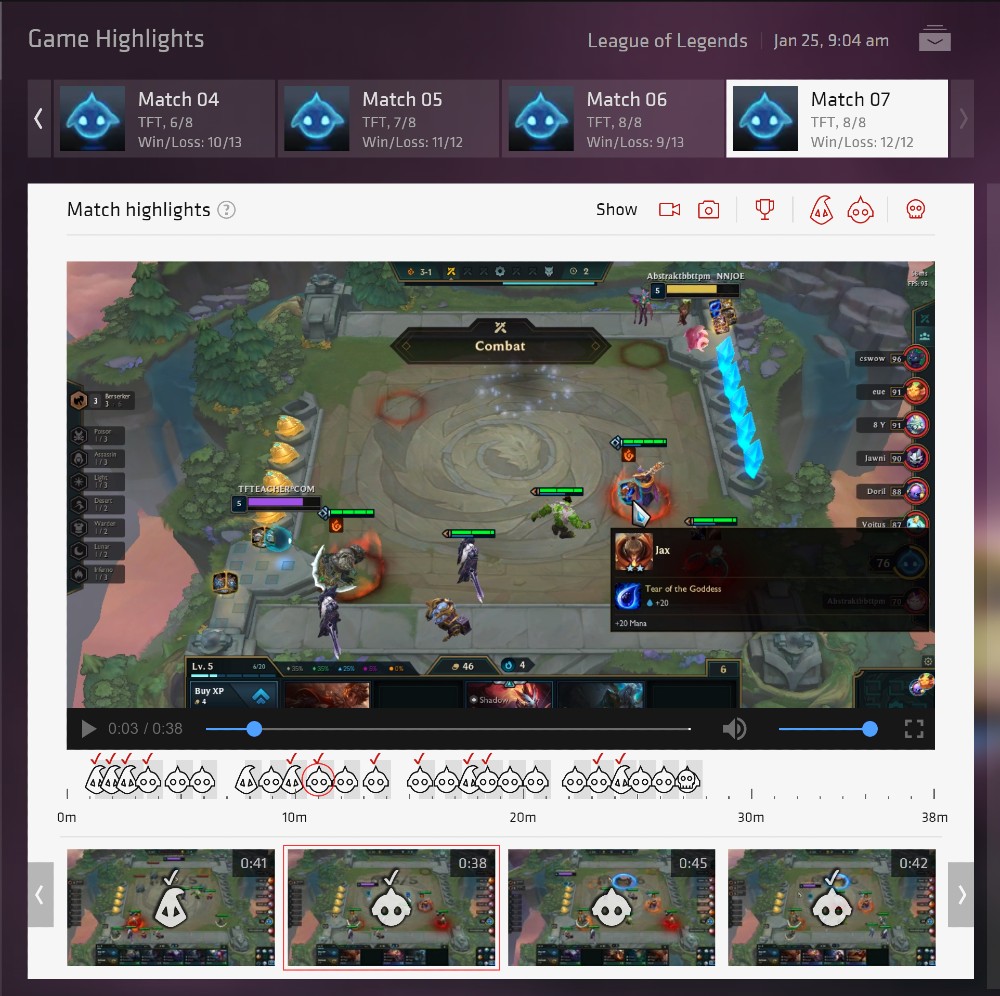 I discovered Game Summary a couple weeks ago when one of the blog's readers (ty rBlizzardFox!) shared it with me. The app's been very useful so far, especially after frustrating losses. You tend to tilt less when you understand why you lost.

You can download Game Summary here. Hopefully this app helps you as much as it helped me. GLHF climbing!